Why you should install LED lighting

If you’re thinking about changing the lighting at your home or business, you should think seriously about installing LED downlights. They are far more energy efficient, last much longer, more durable and safer. Read all about them here

Hit The Switch is one of Melbourne’s leading electricians for small electrical jobs, electrical repairs and installations.

However, a lot of customers think that some electrical tasks are too small to call Hit The Switch. They’re not! No job is too large or too small to give us a ring.

To clarify this, we are writing a series of blog articles explaining what’s involved in a small electrical job, and what your options are. Let’s start with a task we are asked to perform more and more every year...”can you install LED lighting?” (PS...You can check out the first article in this series here: Why can’t you do your own minor electrical repairs?)

If you’re thinking about changing the lighting at your home or business, you should think seriously about whether to install LED lighting (LED is short for Light Emitting Diodes in case you’re interested.)

While you’re at it, you might consider getting the whole house done at the same time!

There obviously will be some upfront expense, however as LED lighting use up to 90% less power than traditional incandescent light bulbs, the cost of having them installed can often be recouped in around 2 or 3 years, depending on usage.

ADVANTAGES WHEN YOU INSTALL LED LIGHTING

There are so many features and benefits of LED lighting, it’s hard to know where to start.

As we said, the biggest advantage of installing these small, solid bulbs is the fact that they are extremely energy efficient when compared with incandescent, fluorescent and neon lights.

Using just a tenth of the energy of normal lights, and providing strong focused light so there’s less “spillage”, you can expect your power bill to be drastically reduced.

For a very long time too, if you choose quality LED lighting.

You see another advantage of when you install LED lighting. A longer life span...60,000 hours as opposed to the 1,500 hours you get from incandescent bulbs to be specific.

That’s over 130 times longer, and even compared to compact fluoros, they last at least ten times longer.

Durability is yet another factor.

A solid state LED features a small chip embedded in an epoxy resin housing, and unlike conventional bulbs – either incandescent or fluorescent – they have no fragile elements such as glass or filaments than can be damaged.

They can also stand up to vibration and shock, and can work in extreme temperatures.

INSTALL LED LIGHTING FOR SAFETY, THE ENVIRONMENT AND THE FUTURE

Consider the all-important matter of safety.

Touch an LED that has been burning for hours and you won’t get burnt; they produce very little heat – if any – and are cool to the touch...unlike traditional bulbs that can severely burn fingers and hands, and start fires.

With no traces of mercury or other toxins such as those found in fluoros, LED lighting is also far more environmentally friendly.

Fully recyclable, they are supremely earth-friendly and the acclaimed “light of the future” helping to significantly reduce the electricity used for lighting the world’s cities.

WHAT ‘COLOUR’ LED LIGHT WILL YOU CHOOSE?

To choose the right light, look at the number on the packet.

You’ll find that the lower the number, the warmer the light.

If you like a warm light, try a 2700K LED – it’s like the light from an old-fashioned tungsten bulb.

3000K is obviously less warm, and as you go up the Kelvin scale, the light becomes cooler and whiter – in fact 5000k will be very nearly blue.

Some people call these ‘warm white’ or ‘cool white’ LEDs.

You can mix the colours up depending on how and where they are used.

QUESTIONS WE ARE ASKED WHEN WE INSTALL LED LIGHTING

CAN LEDS BE DIMMABLE?

Yes, some modern LEDs can be dimmable. They cost a little more but work so well, chances are they will probably outlast the dimmer switches.

WHAT TYPE OF LIGHT FITTING DO THEY COME IN?

Most LED lights come in a range of fittings including bayonet-style and Edison screw fix.

WHAT TYPE OF TRANSFORMER(S) WILL I NEED?

It depends on the bulbs. Some LED bulbs have in-built circuitry that can deal with most (but not all) transformers. In cases where the transformers are too overpowered for the small amount of electricity that LEDs need, you will need to replace the transformer with an LED driver.

WHY ARE MY BULBS BLOWING SO MUCH?

This is either because the bulbs are poor quality, or there’s a faulty connection, or an issue with the transformer. Call Hit The Switch if problems persist.

DO YOU HAVE ANY SPECIAL OFFERS ON LED LIGHTS?

Yes we do. How about a Free Dimmer or Downlight...

For more information about LED Lighting click here and for advice of the best ways to install LED lights, call us on 1300 205 205, or simply contact us. 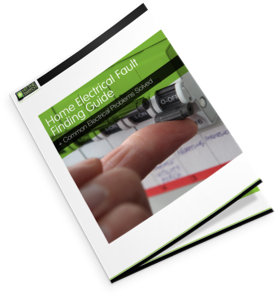